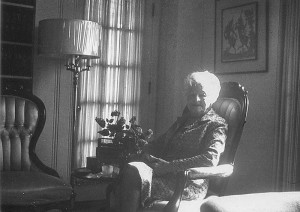 Second (Block’s) and third (Levy’s) cousins who lived in Little Rock joined in and we played poker in Em’s wood paneled den with a huge oriental rug. We had small wooden trains and we used the straight line patterns on the edges the rug as ‘tracks’. Em also taught us to make prank phone calls.

Pappy had a gun closet in his bedroom, by the bed. We grandchildren were told never to go in there. I did open the door once and saw some shotguns; his 45 automatic was also inside.

This entry was posted in Uncategorized and tagged Ghertner, Gruber, Levy, Rosen. Bookmark the permalink.