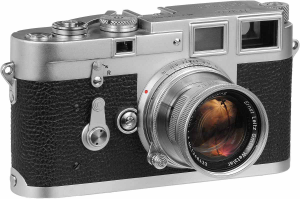 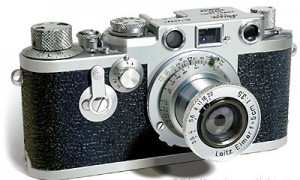 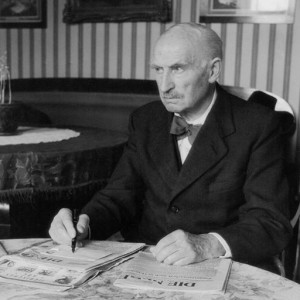 Leica was a prominent company and something of a pride to Germany at the time. This allowed for Leitz to operate with some German officers looking the other way, and, on the couple of instances of someone in the company being caught, they were released after paying bribes.

Comparisons will undoubtedly be made to Oskar Schindler, the Polish industrialist that saved over 1,200 people during the same time. It’s tough to know just how many people Leitz rescued, but the estimate is in the hundreds to as many as a thousand. Leitz was a complicated figure. Like Schindler, Leitz was a member of the Nazi Party, and in 1988, Holocaust survivors filed a legal suit against Leica for using slave labor during the war. Leica paid into a compensation fund for slave laborers in 1999.

In 2007, Leitz was posthumously awarded the ADL Courage to Care Award. Upon giving the award, the director of ADL, Abraham Foxman said, “Under considerable risk and in defiance of Nazi policy, Ernst Leitz took valiant steps to transport his Jewish employees and others out of harm’s way. If only there had been more Oskar Schindlers, more Ernst Leitzs, then less Jews would have perished.”

This entry was posted in Uncategorized and tagged Holocaust. Bookmark the permalink.