I’ve recently posted pages of military service for two ancestors, Malcolm Magid & ‘MJ” Block. Both flew in the European Theater in World War II with the United States Army Air Corps and both were highly decorated. Mark Block’s information here is terse and finding more would be difficult because a fire in 1973 at the National Personnel Records Center in St. Louis, Mo., destroyed countless military records in 1973 of American servicemen. Neither duplicate copies nor microfilm were made.

I had know Malcolm was a B-17 pilot (actually the evidence now suggests he was a co-pilot for almost all his 35 missions) from an obituary. I did a Google search on his name and also his Air Corps unit, the 303rd Bomb Group and uncovered a 2003 interview with him and an extensive web site for the 303rd.

Malcolm was a B-17 pilot [and co-pilot with the 8th Air force (he arrived at the 303rd Bomb Group (Hells Angels) based at Brixworth, England in November 1944) who flew 35 missions over Germany. The Malcolm Magid Collection page for the Veteran’s History Project (Library of Congress) summarizes his service. He served with the 8th Air Force of the ‘US Army Air Forces/Corps’ from 1942 to 1944 (I think 1946 as this is when he went home). Malcolm achieved the rank of Second Lieutenant and he served in “Miami Beach, Florida; Greenville, South Carolina; San Antonio, Texas; Houston, Texas; El Paso, Texas; European Theater”.

“Malcolm was a decorated B-17 bomber pilot [and co-pilot] with the Army Air Corps, flying 35 missions over Germany in World War II. In January, he was awarded The Legion of Honor Medal by the French government for his service in the liberation of their country. He was active in the 303rd Bomb Group, Georgia Chapter of the 8th Air Force, American Legion Post 134, and Silver Wings.'”

Malcolm, a 2nd Lieutenant., flew 30 credited missions with plane commander, 1st Lieutenant Clarence J. Goodberlet. Neva – The Silver Lady, Bouncing Betty III, Sweet Pea and  Henn’s Revenge were the names of 4 of the 12 different B-17′s that Goodberlet commanded. Malcolm flew his other 5 missions other pilots; and he completed his 35th mission on 20 March 1945. 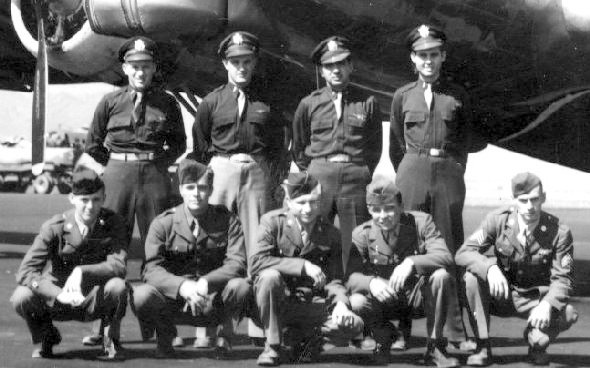 On 30 Jan 2003, Malcolm gave a 90 minute interview to the Veteran’s History Project (and I’ve posted much more on his military service page) but here’s the video.

Here is Malcolm James Magid’s obituary. Malcolm met an English girl when he was serving and made her his war bride. Malcom’s sister, Janice Magid Ghertner (1920-2011), was my aunt. 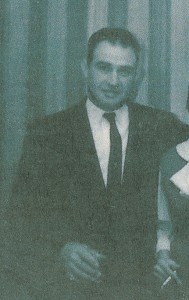 I met Mark, who was an avid hunter, and may have gone duck hunting with him wearing Pappy’s old hip boots.

This entry was posted in Uncategorized and tagged ACornerOfTheTapestry, Block, Magid. Bookmark the permalink.