Leslie told a story of having to drive a jeep around the German countryside alone, which was a frightening experience. Leslie’s military records were most likely destroyed in a 1973 fire at the National Personnel Records Center in St Louis; discussed here. Leslie JOINED R.O.T.C. in college at L.S.U. and when war broke out, he entered the service as a Second Lieutenant. When he was stationed at Muskogee, Ok., he met his future wife. 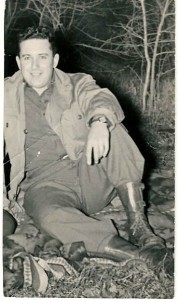 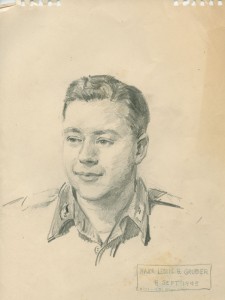 An artist, Lt. Col. James O. Burnley (1914-2009) served in the US Army Engineers and he made this sketch shortly after the end of World War II. He stored it along with images of five other officers . “During his Army days Burnley painted as an avocation and while on leave. ”

Burnley held onto his paintings and drawings but after he passed away in 2009, the body of work went to his son. His daughter-in-law recently was researching these sketches of six Army officers on the Internet and she found my old genealogy blog with pictures of Leslie. Last week. she contacted me from the website and I just received the sketches 10 November 2012.

James O. Burnley was born in Kansas City, Mo. His high school art teacher recognized his talent and ‘to encourage his pursuit of art’ gave him art supplies. He studied at the Kansas City Art Institute from 1932 to 1936. Then he went to the Art Students League in New York, also on a scholarship. Burnley worked in New York City as a commercial artist until he was drafted on 18 June 1941. After his two decade Army career ended in 1966, he retired to Hudson, Wisconsin where he built his home and studio. His subjects included portraits, landscapes, still lifes, seascapes and modern art. He licensed the Riverside Studio Gallery to produce ‘high quality artist proof prints of selected paintings’ and they can still be ordered.

These are Burnley’s images of five other officers who may have served with Leslie; at least they were all near Burnley the second week of September 1945. 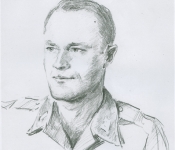 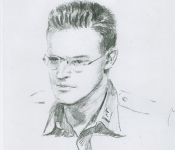 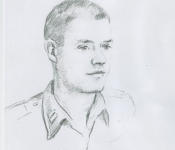 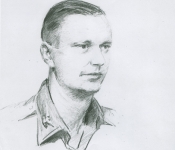 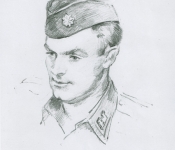 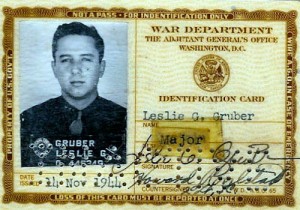 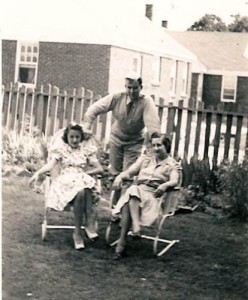 Leslie Gruber (on leave) , his mother Sarah and Harriet