Isaac Altchul (great grandson of David Altschul) achieved some notoriety. This information was found at the website of the Institute of Southern Jewish Life in Jackson, Mississipi. 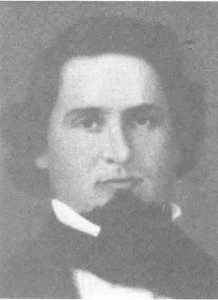 Jews first arrived in Pine Bluff in the 1840s.  By 1855, there were about ten Jewish families in town, and several Jewish-owned businesses in town.  Isaac Altschul opened a dry goods store outside of Pine Bluff in 1852.  The store was in the midst of several slave plantations, which Altschul catered to.  In addition to serving plantation owners, Altschul would stay open on Sundays to be able to trade with slaves on their day off, working the counter himself.  Altschul was a very successful businessman.  In 1860, he had $10,000 in personal property, which included one slave.  One of Altschul’s employees and boarders was Henry Morton Stanley, who later became a journalist and explorer famous for finding missionary David Livingstone in Africa (“Mr. Livingstone, I presume”).