Some of you may not be clear on how cousin relationships are expressed. Cousins are (usually blood relatives but can be adopted) relatives through grandparents. There is a standard way of expressing grandparents by abbreviating all the great great …. stuff with a number and and X so your ‘great great great grandmother’ is more simply expressed as ‘3X great grandmother’. As my grandmother married Lynton “Pappy” Scharff and “Pappy” and his first wife, Jessie Grace Block, had grandchildren (they are my step 1st cousins); however they are also blood 2nd cousins, which is a stronger bond. 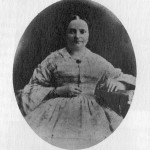 The most distant relatives (with credible sourcing) I’ve discovered are 5th cousins once removed. Some are descendants of Theresa Bloch (1st cousin of my 2X great grandfather Solomon Block); and Rabbi Isaac Mayer Wise (1819-1900), one of the most significant figures in Reform Judaism in America in the 19th century. Theresa Bloch was my 1st cousin four times removed. On this branch of the tree, which I’ve pieced together from public family trees that trace back to the 1300s in Spain, there were some Rabbis and the most distant relative was Josef Halevi, the 20th great grandfather of the husband of my 3rd cousin 2x removed, Iphegene Bertha Ochs (1892-1990). Josef was not a blood relative, he was mishpocha – (Yiddish) the entire family network of relatives by blood or marriage (and sometimes close friends). In case you were wondering, we had 1,048,576 20X great grandmothers and 1,048,576 20X great grandfathers!