During World War II, Victor Adding Machine, now Victor Technology, (and headquartered in Bollingbrook, Il.)
manufactured the Norden bombsight, an aircraft compass and a turret gun sight for the B-24 (bomber). After the war Victor Comptometer became the largest manufacturer of adding machines in America. The bomb sight surely helped Victor endure through the war years. 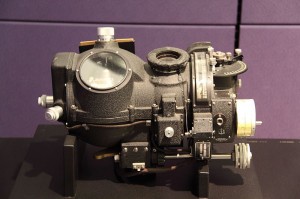 The bombsight was lauded as enabling bombs to be ‘landed in a pickle barrel’; the actual results were far short of that goal.

In part, we owe our freedom to Victor. And Victor Comptometer purchased Cullom & Ghertner Company.