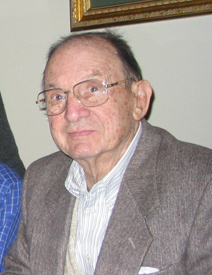 Alven Ghertner (1914-2012), my uncle, and Jean Fleisman Ghertner (1915-2005) were at a Miami hotel when and announcement was made “paging Mr. Ghertner (or perhaps Mr. Gertner)’. When Alven went to answer, there was another respondent, a Gertner (different spelling), either Benjamin or Abraham (who were brothers). 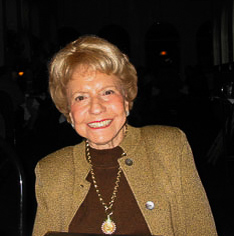 Fate had brought them together and it turns out they were second cousins. Benjamin (1915-2013) made his home in Columbus, Ohio. 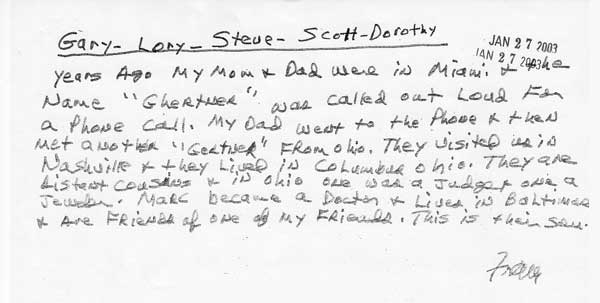 Benjamin Gertner was an optometrist in Columbus. Benjamin had information that explained the relationship between these 2nd cousins. Alven also attended a Bar Mitzvah in Columbus of one of the Gertner ‘children’ during the 50s. Benjamin had three brothers: Louis, Abraham and Irving. I’ve transcribed and scanned two of his letters ….

2) Eight days later on 28 August 1972, Benjamin penned another letter but this one was from Jerusalem and he told Alven that the Ghertner’s who came to the USA did quite well. And he gave further evidence of their cousin relationship.

All the Gertner’s originally spelled it Ghertner .. without the “h” in Roumanian, Michael says it’s pronounced

This entry was posted in Uncategorized and tagged Alven, Gertner, Ghertner. Bookmark the permalink.