Lewis (or Louis) Cooper, the father of my paternal grandmother Dora Ella Cooper, was born January 1859 in Russia. 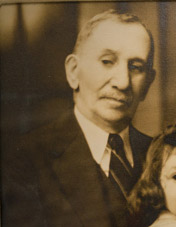 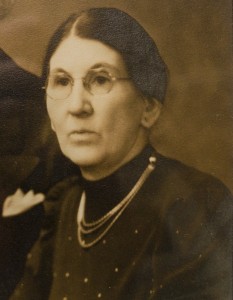 He emigrated to the United States in 1881 and was naturalized. His wife was Dena (or Americanized Dinah) Marks. Dena had also been born in Russia in February 1858. They were married about 1878. Their parents had all been born in Russia. They had 8 children, 6 of whom were still living when the census was enumerated on 1 June 1900.

In 1900, Lewis was a furniture dealer and he could read, write and speak English as could Dena (Dinah). The children who were living in the household at 418 Front Street in Nashville had all been born in Tennessee, probably Nashville. Lewis was a grocer in 1910.

In 1920, Lewis (65) and Dena (62) Cooper were living with Simon and Dora Cooper Ghertner at 1702 Ashwood in Nashville; I found no information for 1920 about any other chidren than Dora .By 1930, Dena had passed away and Lewis was living with his unmarried daughters Annie, Ada and Essie. Lewis was a furniture merchant in 1930 and the daughters all worked Annie as a bookkeeper, Ada as a saleslady and Essie was a file clerk.

By 1930, Dena had passed away and Lewis was living with his unmarried daughters Annie, Ada and Essie.Lewis owned the $ 8500 house and the address was near the 1800 block of Ashwood.

This entry was posted in Ancestry.com and tagged Cooper. Bookmark the permalink.