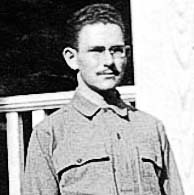 Lynton “Pappy” Scharff lived in a Houston, Texas boarding house of Rena and Anne DeGroot (from Holland) at the time of the 1920 US Census. On 27 Oct. 1920, he married Jessie Grace Block. Eduard Lynton Scharff was born in 1923 and the family continued to reside in Houston. Pappy owned a building in downtown Houston but he lost it in the Great Depression. There may have been a miniature golf course on the roof. 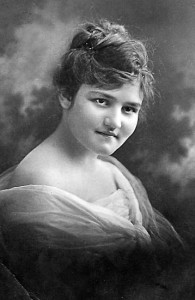 Out of dough and out of work, Lynton moved the family to Nacadoces, Texas and got a government job with the New Deal program, the Civilian Conservation Corps (or CCC), at which he wore a uniform. The family lived in a hotel and the children attended school (at least one year). 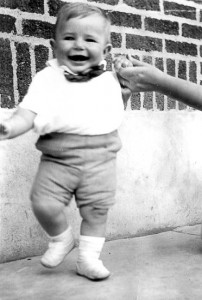 Pappy was in the Army Reserve between the wars and marched (proudly I’ll bet) in Armistice Day parades.Pappy and Grace divorced sometime between the 1930 US Census and 1940. Pappy moved his family to Little Rock in 1939, when his daughter was 12. 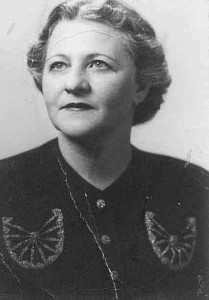 When John R. Bloom died in 1935, Emma Block Bloom (Emma was Grace’s sister) became a widow. Lynton moved the family to Little Rock, Arkansas where Emma and her daughter, Jean Bloom, joined Pappy’s family and they lived in a house on Markham. The females lived in the three bedroom house while Pappy and Eduard (his son) lived in the garage/two bedroom coach house out back (sleeping and bathroom facilities were on the second floor). Em and Pappy were married 15 June 1940. Pappy was doing well enough financially to send Jean to Ward-Belmont College, a very prestigious  “finishing school” for girls in Nashville, Tennessee. The campus was on the estate of Adelicia Acklen Cheatham.

Lynton was also able to send his son Eduard to school at Columbia Military Academy in Columbia, Tennessee after “EL” didn’t do well in public high school. 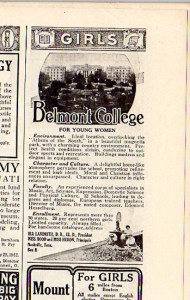 Ward-Belmont closed in the spring of 1951 and the campus was sold to the Tennessee Baptist Convention and Belmont College (now Belmont University) was established on the site. In place of Ward-Belmont, Harpeth Hall Schoolwas founded in the fall of 1951 on the Estes estate in the affluent Green Hills section of Nashville. Shortly thereafter, me moved into a house that was literally 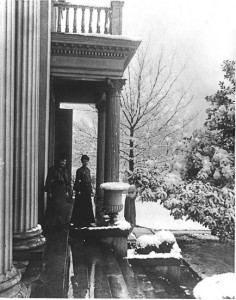 down the street from the rear entrance to Harpeth Hall. See old Ward Belmont photos here.

Congress passed a law calling for the establishment of the school on 10 May 1888 and President Grover Cleveland signed it. During the Spanish-American War the site was used as an

Army training facility and quarters for troops. Classes began 28 August 1905 at Columbia Military Academy in Maury County, Tennessee. The US Congress relinquished interest in CMA in 1972 and the military school ended operations in 1979 when enrollment had fallen below minimum levels. There is a CMA Alumni association website (here).