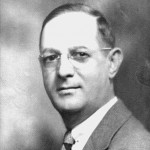 For my Ghertner 1st cousins and 2nd cousins in Israel, Hezkel was:

But wait, there’s more. Alven’s papers revealed that Simon Ghertner had six brothers and one sister. Known names of his brothers are Smil-Lieb (or Smil-Arie, note Arie is the Hebrew translation of ‘lion’ and Lieb is the Yiddush translation of ‘lion’), Shlomo (maybe Schmuel) and Hanoch. All of whom have descendants living in Israel and Alven met some of these people. Shor Hezkel was also the 2X great grandfather of these men’s children, three (two 2nd cousins and one 2nd cousin, once removed) of whom I’ve contacted.

Simon had at least one sister, but her name isn’t known for sure (she married a man with a surname of Aizer and had two children). I find differing information on the other brothers.

This entry was posted in Personal e-mail and tagged Ghertner, Simon Ghertner, Smil-Lieb. Bookmark the permalink.