This Luscome was Pappy’s first airplane. A story goes that Pappy had started the engine, set the brakes and got out. When the brakes let loose, Pappy grabbed a wing strut and the airplane swung around and dragged him along the tarmac. This tore his pants and shoes, and skin. An employee pushed the roll-up stairs used by an airline up against the plane to stop it. Pappy called the doctor who made a house call.

Over the course of the 40s, 50s and 60s, Pappy had three airplanes, the second was a two seater Swift (known well by my generation) and a Piper Comanche. Of the three, only the Luscome had a top wing and wing struts. 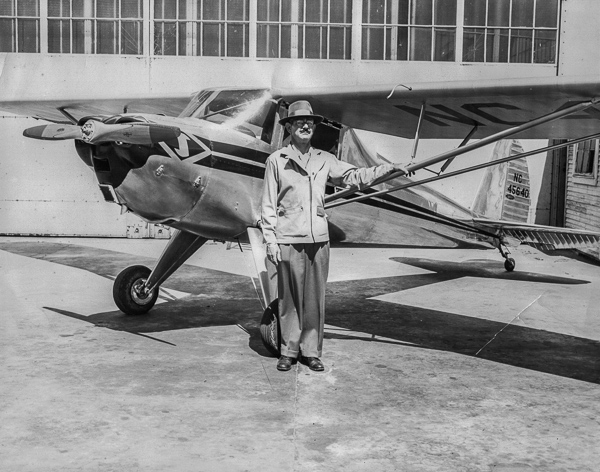 This entry was posted in Uncategorized and tagged Aitplane, Lynton, Pappy, Scharff. Bookmark the permalink.