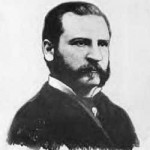 In January 1865,  teen age brothers Charles &  Michael Henry De Young and an elder brother Gustavus (who were all uncles of Edward Rhine, 1st cousin 2x removed of Jean (Bloom) Ghertner started a San Francisco entertainment slanted newspaper, The Daily Dramatic Chronicle. It grew into a full fledged newspaper, The Chronicle, by 1870 and it was the predecessor to The San Francisco Chronicle.. Bret Harte and Mark Twain were among it’s writers. Michael was the business manager and Charles was a firebrand; his style was yellow journalism and unbridled populism, which the brothers learned sold newspapers.

In Califronia, cheap Chinese labor was widely used to build the railroads and in other industries around the time of the Civil War  (see this blog). Xenophobia arose and a state constitution was put on the 1879 ballot that would facilitate discrimination against the Chinese. Denis Kearney, a leader of the anti-Chinese movement, enlisted Rev. Isaac Smith Kalloch, a Baptist minister “who had been run out of a lot of places for certain bad habits” to use his ‘talents’ to help win passage. He “was possessed a powerful oratorical style and a talent for pamphleteering” and “spewed forth his righteous invectives on both the evils of the Yellow Man and the transgressions of his sinning congregation.” The constitution passed.

the shooting of Charles De Young

“In the spring of 1880, ten days before the trial was slated to begin, Charles, in an ill-advised attempt to contaminate the jury pool, published the accumulated slime in a sixty-page pamphlet smearing Kalloch.” Kalloch’s son, Milton Isaac Kalloch, got an advance copy and flew off the handle. He got a gun, some shots of “liquid courage”. Milton then went to the San Francisco Chronicle offices at 8PM on April 23, 1880 and shot and killed Charles De Young At trial Milton Kalloch was acquitted due to ‘extenuating circumstances’ in part due to the testimony of Mayor Kalloch who told of ‘outrages and perfidies Charles De Young inflicted on his family’ and the Mayor’s showing two bullets that De Young had shot him with. At Milton Kalloch’s trial, a San Francisco Chronicle testified the younger Kalloch had shot De Young five times but strangely, that employee was convicted of perjury and imprisoned. (see this from Murder by the Bay) 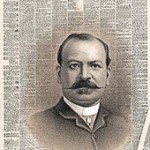 Charles’ brother, Michael Henry De Young continued publishing the paper and apparently continued mud slinging tradition. “In 1884, The Chronicle ran a piece alleging corruption in the Spreckels sugar company”. Later that year, an irate Adolph B. Spreckels, shot Michael De Young “apparently due to a negative newspaper article, but he survived.” Michael was a director of the Associated Press.

Getting away with murder (from a Blog)

The Shooting of Charles De Young

This entry was posted in Ancestry.com, Blog and tagged Jean, Rhine. Bookmark the permalink.