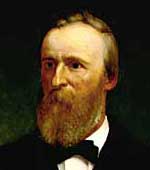 The 1880 Census was the first U.S. Census to record the relationship between household members and the head of household. Thirty-eight states were enumerated in the 1880 census, plus the territories of: Arizona, Dakota, Idaho, Montana, New Mexico, Utah, Washington, and Wyoming. Non-organized Alaska was also enumerated, but the “Indian Territory” (now Oklahoma) was not enumerated for non-Indians.