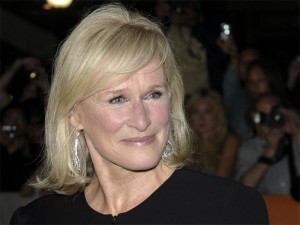 The famous actress Glenn Close is a Taliaferro (see link), a family that emigrated to the Virginia colony before the Revolutionary War.

Ms. Close has been nominated for six Academy Awards. Her grandparents were Edward D. Close (1882-1955) and Elizabeth Taliaferro (1897-1988). Glenn Close’s father was Dr. William Taliaferro Close. Velma Pauline Tailiaferro Block (1926-2011) was her 7th cousin, twice removed. I’d expect these ladies to have been only one generation apart based on birth dates.

This entry was posted in Uncategorized and tagged Famous Personality, Taliaferro. Bookmark the permalink.