‘Bompa’ bankrupted (?) by his embezzling brother 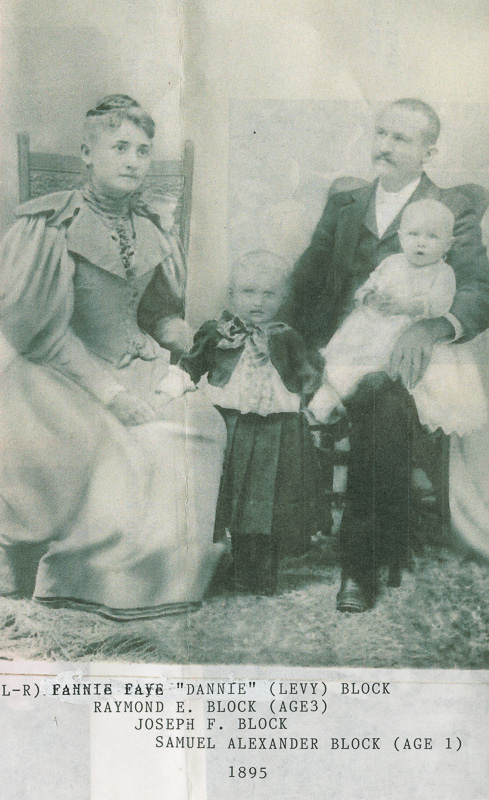 Solomon Block was a merchant and had tobacco and wholesale liquor businesses in Camden and other nearby towns. His elder sons, John Edward  Block (1856-1929) and Joseph Friedman “Bompa” Block (1860-1953), moved to Dallas, Texas and they manufactured cigars. (see this link) Based on the birth places & dates of John’s two sons (Solomon George & Leonard Abraham),  John Block died in Dallas in 1926 and his death certificate stated he’d lived there for 43 years; so he must’ve moved about 1883. At the time of his death he was a cigar manufacturer. The 1890 Census was totally destroyed by fire so the next record was 1900 and Joseph & Fanny Block, along with their five children (Raymond, Samuel, Emma, Lewis & Grace) had moved to Dallas where all five were born; and the 1900 Census enumeration listed John and Joseph in the cigar manufacturing business.

By 1905, Joseph and Fanny Block and children had moved to Little Rock (according to A Corner of the Tapestry , 1994 by LeMaster). Between 1900 and 1905, Joseph learned of the embezzlement (?) and moved to to get a fresh start. 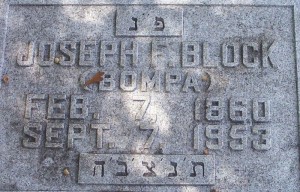 LeMaster further states that in “the early 1920s’, Joseph and his sons started Block Realty and pioneered in Little Rock with the use of “open houses”, yard signs and newspaper ads. Joseph was also in the insurance business.