As I said earlier, the 1940 US Census became available to the public last April. However not all states were indexed at the same time so to find someone in an unindexed state was akin to finding a book the library without a catalog. Just recently, Arkansas became searchable and I zeroed in on Em and Pappy.

On the Census form, Emma Bloom was listed as ‘Head’ of the household and Lynton L Scharff was ‘brother-in-law’ of the head of household (although the hand writing on the form is  difficult to read). The Census was enumerated April 15th and Em & Pappy were married on 15 June 1940. Jean (Frances J) was also living in the household at 3719 West Markham (in Little Rock, Arkansas) as were ‘Edward L’ [sic], nephew (of the head of household). This sounds like the living arrangement I described in a earlier post here. 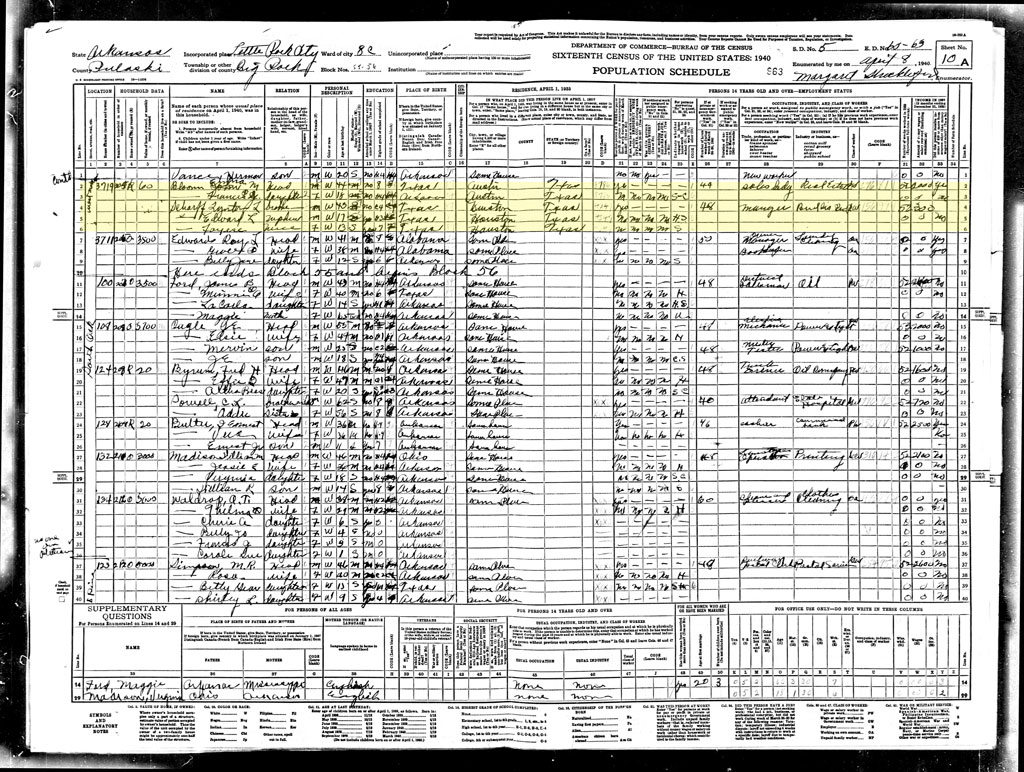 This entry was posted in Ancestry.com, US Census and tagged EL, Em, Jean, Lynton, Pappy. Bookmark the permalink.